4 Steps for Leaders Building a Culture 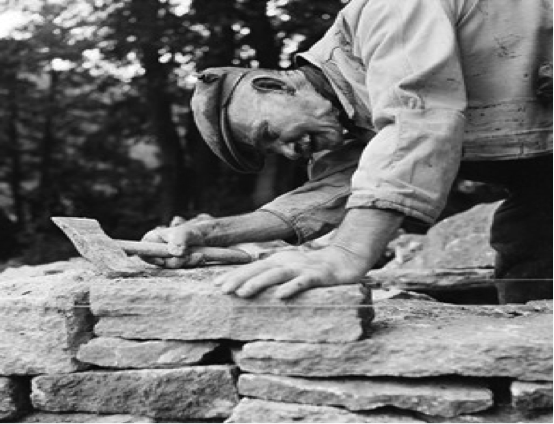 Why is organizational culture considered such a barometer for success? Why did Peter Thiel after investing $150m in Airbnb when asked by their co-founder Brian Chesky for the single most important piece of advice he could offer reply, ‘Don’t f**k up the culture’. The reason is that culture is the atmosphere that nourishes or poisons everything else and is fundamentally linked to your organizations performance. For leaders, that makes being deliberate about growing and sustaining the right culture a critical responsibility. Here are 4 things you can do to get deliberate about it.

Every organization has a culture; it’s the sum of the behaviours between everyone who turns up to work. But not every organization is deliberate about what their culture is. To be deliberate about it you first have to define it, write down what you want to stand for and what your character will be. You could describe this as a philosophy, a way of choosing to live, a set of principles, your values or an ethos, a guiding spirit to the business.   In 1941 in Libya a young army officer by the name of David Stirling wrote down the ethos of the Special Air Service. He entitled it the ‘Unrelenting pursuit of excellence’ and it set down the characteristics its soldiers needed to embody. Stirling wrote that the organization would be classless and that the men in it would be self-disciplined, and have humility and humour. One of the reasons Stirling was such a remarkable leader was that he had the prescient sense to establish a handrail that would guide the Regiment for all its future. A set of values against which to constantly gauge the culture and from which a sure course could be navigated. Who gets hired, who is promoted, who is recognized and appreciated and who gets let go, all of these decisions become clear when referenced against the norms and values you choose to define your culture.

Organizations that find themselves in trouble often raise a cry that the culture needs to change, as if this were as simple as choosing to put on a different shirt.  Recent examples could include VW and the scandal of its doctored emissions data, British retail banks & their aggressive fleece-the-customer sales tactics for PPI or elements of our public services such as underperforming NHS trusts or failing schools. Get the people wrong and the culture will be wrong. There is a saying in the SAS that ‘The man is the regiment and the regiment is the man,’ which is why the gruelling selection process for the UK’s Special Forces units lasts 6 months & almost none of that process is about testing skills. In fact it’s almost all about selecting the person with the right attitude. The ones who are self-disciplined, self-motivated & don’t quit. With the right attitude almost everything else can be taught or learnt. Culture is a product of your people rather than a secret ingredient that the organization gives to their employees. Great people are defined by the choices they make. High performing organizations are characterised by the way in which every team member chooses to take personal responsibility for the goals and performance of the team. This means choosing to take responsibility for everything, not the narrow view of what might be in your job description. To quote that wise old wizard and teacher, Albus Dumbledore in conversation to Harry Potter, ‘It is our choices that show what we truly are, far more than our abilities’. Great cultures are made up of people who are looking out for each other and who choose to go the extra mile,

The best leaders I’ve been fortunate to know and learn from have all been great teachers and one of the key things they have taught is their culture.   What is expected, how do we behave here and why do we hold to certain standards and beliefs? A culture can never flourish if it is not explicit and you don’t talk about it. Sure it can be implied but that wont be sufficient and if you assume it’s obvious and people know your probably wrong. The British Army with its Regimental structure is blessed with a rich historical heritage and a wealth of stories that stretch back over centuries but the weight of all that history and heritage is irrelevant if leaders don’t use it to connect in a meaningful way with the members of today’s organization. That means taking time to talk about it, what it is and why it matters and that is the responsibility of leaders at every level but critically those at the top. In a Regimental history it’s not the detail of weapons and uniforms it is the underlying principles of why battles were won, courage, loyalty to each other and belief. Talking about these things connects us both to our past but also to our future.

What you say has a fraction of the impact of what you do. Leaders who build good cultures are the greatest examples of the culture themselves. When I was still at school and in the Army Cadet Force we had a former Regimental Sergeant Major (RSM) named John Holland who ran our cadet force a man I count as one of the strongest influences on my development as a leader. On reflection most of his impact was in the example he set. He lived his exacting standards and in emulation we sought to make them our own. Honest, direct, without favourites his impact was the example of his own character, the self-discipline to always go the extra mile with humour and grace.

One final thought from my experience is that culture has an inherent tendency to revert to the mean. If you do not constantly nurture and pay attention to it, standards will fall and you will fall short of your ethos.   As a leader and as organization you will get what you tolerate. Invariably this begins not with some gross misconduct but with little things…