5 Habits For Building Resilience and a Winner’s Mind 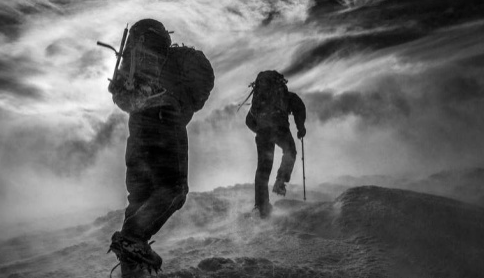 ‘A gem cannot be polished without friction, nor a man perfected without trials’. – Seneca

A good friend of mine went on P-Coy, the grueling three-week selection test for airborne forces and the Parachute Regiment having done almost no preparatory training. He couldn’t because he had glandular fever; an unpleasant viral infection, which even once gone often leaves patients susceptible to post viral infection. Despite medical advice to the contrary he went on the course anyway. Once there of course he gritted his teeth through the physical punishment, did his best to keep up and keep going. Then he got tendonitis in his ankle as a result of tabbing (speed marching with full equipment) long distances in a rubbish pair of boots. In order to keep going he cut the heel section out of his boot covered it with masking tape and kept going. He passed the course. What is it that makes people mentally tough and seemingly able to overcome every obstacle and bounce back from every impediment thrown in their way?

Progress toward anything worthwhile involves struggle and setbacks. It takes time and along the way you won’t make progress in the way you imagined or hoped. There will always be obstacles; some physical and some constructed just for you, in your own head, doubts, eroding your confidence and self-belief, the temptation to give in to easier options. Sometimes obstacles are the result of the deliberate opposition of others, business competitors, enemies real and imagined.   The ability to make progress, in spite of a tide of troubles and intrusions is often described as mental toughness; resilience; willpower or grit[1]. These words encapsulate a warrior spirit, a willingness to embrace failure to overcome setbacks, to perform under pressure, a relentless will to continue until the mission is achieved. It’s fundamental to achieving our goals and developing performance particularly when we need to be able to execute in the face of external friction and distractions.

Below are five areas to reflect on in developing resilience and the mindset to perform under pressure:

Exceptional Basics. The ability to perform under pressure depends in large part on how good your basics are. It’s an old saying in the military that people don’t rise to the occasion they sink to the level of their training. Under real pressure these are the skills that stand up. I once served an Infantry Battalion commander who when he took over command, assembled the whole Regiment in the gymnasium in front of a trestle table on which he had placed a rifle, a pair of boots and a radio. ‘These are our basics’ he said, ‘if we can shoot, march and communicate we will be a damn fine infantry regiment’. The problem is that for many we don’t know what the basics of our high performance are, let alone train them.

Play the video. Performance under pressure is about sensing and identifying threats to our performance. If we imagine the event, what could interfere, how will the audience be how am I likely to react? Visualisation of the performance allows us to anticipate likely threats to our ability to perform. As we anticipate these threats we can develop a proactive response to limit the likelihood of the event happening. Sometimes this is about practical preparation. What would happen if I lost the USB with my presentation on? I wouldn’t be able to make the presentation. To prevent this happening I’ll take a copy or email it ahead of time – now I don’t have to worry about it. Sometimes these things are mental. What happens if I choke? What can I do to prepare so that I won’t choke? Maybe I need more rehearsals.

Leave your comfort zone. Colin Kirkus was a legendary climber in the 1930’s, using hemp ropes and climbing in plimsolls he put up routes of incredible boldness that were way ahead of their time. He was the first person to talk about a comfort zone and the importance of getting out of it. To perform under pressure we have to get used to pressure. This acclimatisation allows us to develop coping strategies, which in turn build self-confidence and the mindset that we can take on what seems difficult or even impossible and accomplish it.

‘We gain strength and courage and confidence by each experience in which we really stop to look fear in the face…we must do that we think we cannot’.  Eleanor Roosevelt

It’s almost impossible to develop this skill on our own because we need the help and support of others to push us out of our comfort zones. Physically, emotionally and mentally we all have barriers, a border between what we’re comfortable with and what discomforts us. Getting better and developing resilience doesn’t take place in your comfort zone.

Own your Attitude. We often can’t control what happens to us. We can control how we choose to respond. This is about being accountable for our behaviour and having the character to be positive – not easy when we’re dealt a bad hand and were suffering. This stoicism begins with the grace to accept what we cannot change and the determination not to succumb to anger, blame or self-pity. Ed Naggiar a former Navy Seal talks about seeing threat as a challenge and to act on that challenge. It’s a subtle change of language but moves our mindset 180° from negative – the victim cowering before fate – to positive, the warrior stepping forward and engaging the enemy: An enemy who probably is not a physical being but who is an abstract barrier to performance, a fear of failure, embarrassment or failure. The thing about enemies as Naggiar observes is that they can be learned, analysed and defeated. Feeling fear is natural; the hero and the coward feel the same thing, the only difference is what they choose to do with that emotion.

Mindset  – mindset is the prism though which we interpret and respond to our experience, past, future and present. It is an automatic and hidden part of our mental make up, the subjective bias through which we regard reality.  In particular it defines what you believe you can and can’t do and what constitutes reasonable effort. If your mindset is negative and limiting, the upper limits of your performance will be severely constrained.

The most important thing to understand about mindset is that it is a construct, a mental fabrication – it’s not reality!  This construct isn’t fixed and can be changed. We can redefine any self-limiting assumption and replace it with something that is positive, powerful and empowering.  Some of the most powerful and obvious examples of this are the examples of how wounded veterans have responded to life changing injuries and disabilities.  See the example here of Kirstie Ennis, critically wounded in a helicopter crash in Afghanistan in 2012, since when she has endured 39 operations. Last month she completed a 1000 mile walk in aid of wounded troops.  Her Doctors had previously told her she would never walk again. Her 39th operation amputated her leg, an operation she delayed so she could be part of the walk. http://goo.gl/WOP1Th

Hopefully none of us will have to deal with such a dramatic trauma that redefines who we are but each of us in our own quiet way can choose to be the best we can be, to adapt, and develop a mindset that enables us to seek out, embrace and overcome challenge.

‘Success is not final, failure is not fatal; it is the courage to continue that counts.’
– Winston Churchill

Acknowledgements. Grateful thanks to Dr Ross Roberts, Dr Stuart Beattie & Leanne Kate Simpson @LeanneKSimpson. At the Institute for Psychology in Elite Performance(IPEP) for sharing their time, insights and research and to R Thomas of Contour Outdoor – @CountourOutdoor for his experience and contribution to this article.

[1] Mental toughness. The ability to achieve personal goals in the face of pressure from a wide range of different stressors

Resilience. The ability to recover from negative emotional experiences and the ability to adapt to stressful situations. Military Psycholgy 2015, Vol. 27, No 4, 232-241 Development and Validation of a Military Training Mental Toughness Inventory, Arthur, Beattie et al. 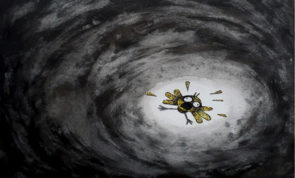 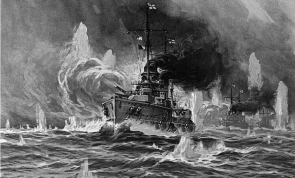 Agility, resilience and innovation are some of the key organizational characteristics that any astute business leader will be seeking to nurture in the current environment. But most organizations are congenitally incapable of incubating, growing and leveraging these skills to their advantage. Resilience is not the dogged ability to persist or… 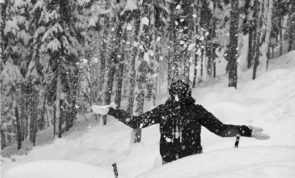 3 – Thoughts For The End Of The Year

I think like many of you I will be glad to get to the end of 2020, it’s been a tough year for many reasons. I’m  conscious of the many lessons there have been and the need to reflect and distil these but for now, 3 very quick thoughts:  …