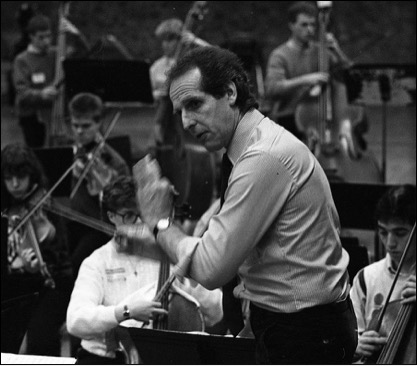 Benjamin Zander, the conductor of the Boston Philharmonic orchestra once observed that ‘the conductor of an orchestra doesn’t make a sound. He depends, for his power – on his ability to make other people powerful. That process of making others powerful is an art but here are 5 thoughts on things leaders can do to help:

1.  Context.  Leaders need to answer two fundamental questions; what are we going to do & why are we doing it? Why, is all about context and gives meaning – a pre-condition for any sense of purpose, motivation and commitment. For individuals to think and act for themselves in the interests of the team context is critical. Leaders make sure the team has a view of the horizon and understands how individual activity connects to collective endeavour.

2.  Connections.  Teamwork is always about what is connected. How do my actions connect to the teams actions, how does this team connect to other teams or a wider mission? Partly it’s about building relationships – a relationship is a connection strong enough to bear the weight of real work even under pressure. The more senior the leader the more important their ability to make connections becomes – ultimately defining organizational structures – the best cut through silos and connect multiple players and teams.

3.  Safety.  Leaders create a climate and a culture where you get to be yourself. You don’t act a part you can be honest and in return you get to hear the truth. This is an environment that is both genuinely caring of the whole person but also demanding in its expectation that individuals strive to meet their potential.

4.  Time.  Time always seems short but the reality is that like any commodity in abundance we tend to squander it. We don’t treat it like it’s precious, in the expectation that there’s always tomorrow. Leaders create time by not wasting it being overly reactive and tactical, stuck in the day to day, in the job instead of on the job.

5.  Space.  Leaders create space for their teams by clearing the path and removing obstacles and eliminating friction. A lot of things get in the way – meetings, reports, often times leaders themselves! Getting out of the way creates the space for the team to act, to think for itself and to play to its strengths.