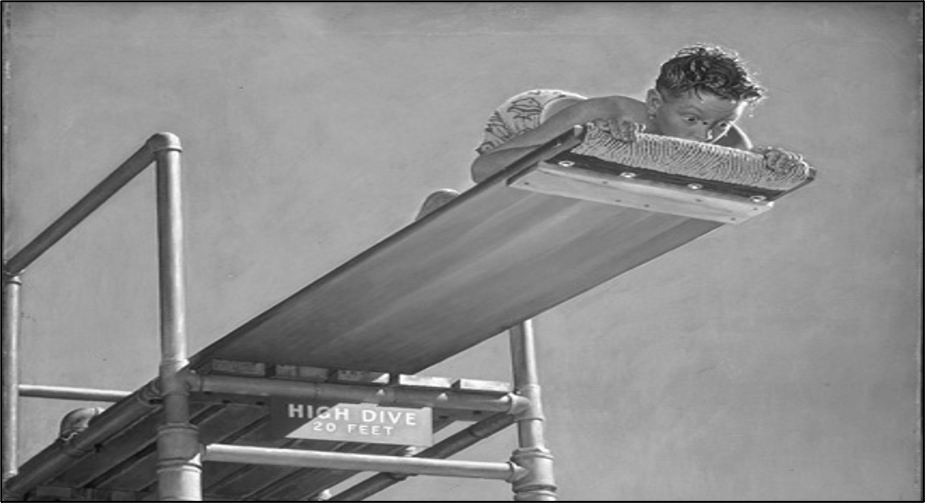 My wife should probably have been a vet. As a child it was what she had her heart set on and knowing her as I do, I know she would have been brilliant. But she never got to pursue that dream, largely because she was discouraged from it by teachers who actively undermined the belief she had in herself.

Emeritus Professor, Albert Bandura, who sadly died this week, is widely considered one of the most important & influential psychologists of the last 50-years. A significant part of his contribution has been his research into the relationship between belief and ability, which he defined as self-efficacy – the belief you have in your ability to succeed in a particular situation. Bandura wrote; ‘People’s beliefs about their abilities have a profound effect on those abilities. Ability is not a fixed property; there is a huge variability in how you perform. People who have a sense of self-efficacy bounce back from failure; they approach things in terms of how to handle them rather than worrying about what can go wrong’.

Belief creates a powerful expectation effect, as the quote from Henry Ford at the head of this article points out. We are familiar with the idea of a placebo effect in medicine and health. How an inert, non-active medicant, often sugar or water frequently has an effective treatment impact – because the patient believes it will. It’s opposite, a nocebo is also well documented, where a negative belief sets up an adverse outcome. Perhaps this is also the basis upon which voodoo, witchdoctors and homeopaths work.

In psychology the ‘Pygmalion effect’ describes the role that expectation plays in performance. In particular, the expectations of leaders and role models have a significant impact on how we perform. What do others expect of us and believe we are capable of?

As a leader I do have a strong sense that in order for us to believe in ourselves, often it is necessary that someone else believes in us first. As Christopher Robin said to Winnie the Pooh;

‘Promise me you’ll always remember that you’re braver than you believe, stronger than you seem, and smarter than you think.’

To foster belief, we have to be able to communicate that to our team mates. That demands that we set the example but also that we demonstrate and communicate our faith and confidence in others.

When I was around sixteen, I was playing in a 1st XI cricket team for the first time, playing with the age group above me. The first time I was asked to bowl I was nervous and there was nowhere to hide. As I took the ball the captain walked over and told me it was going to be fine, they all knew I could do it and it would go well. At that moment, it was exactly what I needed to hear from someone else.

If I have learnt anything from experience, it is that people will almost invariably exceed your initial expectations of them. If you give them some space, encouragement and have high expectations based on a belief in their ability to deliver – often far beyond what they themselves initially thought was possible.

For leaders, belief is also the critical currency that translates ideas and plans into action. Effective execution of a plan is dependent on the action of others working in concert. We need them to buy-in and they won’t buy-in without belief. When others don’t believe in a plan or in their leaders you may not see a dramatic mutiny but nonetheless an insidious subversion of the plan will just as surely kill it.  This is why integrity is so crucial to leadership, when there is a divergence between what leaders say and do the consequence is that we lose our belief and quickly become cynical. A leader without integrity might be a tribal totem but they will never get anything meaningful done.

Of course negative beliefs are often a profound barrier to individuals making progress and there is a lot more that can be said about that, which I’ll save for another occasion. For now I’m thinking about how leaders can help others build belief in their own capacity to embrace challenge and how our language and actions build the belief of others in us as leaders worth following.

Magic is believing in yourself, if you can do that, you can make anything happen.” Goethe