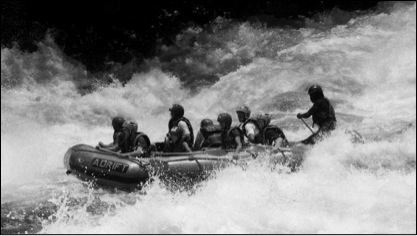 Herbert Simon, one of the most influential social scientists of the 20th Century & a Nobel laureate noted that, ‘A wealth of information creates a poverty of attention’. We have more data, but our ability to digest and makes sense has probably diminished, distracted by novelty and ‘new’ information. Focus – the ability to hold our attention in one place is essential for productivity, a measure of getting stuff done. Being good at this requires clarity about what is important; organization & management of time and a determination to say no to tasks and people who get in the way. Doing this on a routine basis is about slowing down in order to speed up. It’s very easy to be busy, filling time with activity, its hard to be productive because it requires that we do the things that matter and that means being clear about what does not matter or matters less.

Slow down in order to speed up is not uncommon advice. Forbes, The Harvard Business review and plenty of others all have something to say on the subject. At root the advice is concerned with the challenge of responding effectively to complexity. More complexity & less time is the experience of most business leaders. The constraint of time, or at least our ability to manage it, results in insufficient time to think. We react rather than anticipate and plan, managing the present but failing to shape the future. The consequence is limited capacity for evolution in the face of threat or opportunity. The Fortune 500 list of America’s largest corporations was first compiled in 1959; in 2016 only 12% of the companies that made the original list are still there. In the space of just 60 years 88% of those companies, the largest, most dominant most advantaged companies in the US, have disappeared or vastly diminished as a consequence of their failure to adapt. In a 2010 IBM study of 1,500 executives, the No. 1 issue facing chief executives was dealing with complexity. Little has changed since then. KPMG’s 2016 Global CEO Outlook Report notes that 65% of CEOs are concerned at disruption to their business models & 41% believed their companies would be significantly transformed over the next 3 years.

To save time, many things in a business or team need a standardised process to make them habitual. The Army refers to such actions as Standard Operating Procedures; they save time because we already know the answer and don’t need to think about them anymore. Soldiers don’t decide before they go on patrol where they will put vital medical kit like tourniquets and dressings – its long been standardised, everyone does the same. When an incident occurs everyone knows where this kit will be. In this instance saving time equates to saving lives. Critical reactions – like what to do in an ambush or when you come under fire are also standardised, first as a concept and then through relentless practice. The more things we don’t have to think about, the more time we have to think about things that do matter – the chaos and complexity of the unexpected & for leaders answering the perennial question, ‘what are we going to do?’ Slow down in order to speed up can mean that to begin with we first have to create SOPs. That’s a time consuming process but which needs to be seen as an investment. Spend the time now in order to save it later.

What distinguishes an Army from a mob is discipline, at the root of that discipline is the practice of drill. Discipline is necessary to move large numbers of men in co-ordinated action and to engage them in battle, the most chaotic and dangerous of endeavours. With the development of firearms and larger armies from the late 17th century up to the end of the 19th Century, the need became ever more acute. The military solution to the problem of increasing complexity was drill, a method of standardising movement in response to simple commands. Well-drilled troops allow commanders to manoeuvre battlefield formations and to deliver firepower. These two things, the ability to move and fire are the basis for all battlefield tactics. Drill confers control, in response to simple cues, drum beats, flags or shouted orders, troops can be habituated to move instantly in concert. Eventually this long habit of instant conformity creates the sort of discipline that will stand up in battle, when fear and the instinct to run from danger could overwhelm any intention to fight. Outside of a military context we don’t talk about drill, we talk about practice but the fundamental intention is the same. To gain skill through focused repetition. Improvement takes us from conscious incompetence, to conscious competence and ultimately unconscious competence. Physiological changes occur in the brain as learning creates and strengthens the connections associated to the skill. Under pressure this matters.

Pressure is interference and its impact is almost universally to damage performance. There is an old lie that people will rise to a situation but the reality is that we sink to the level of our training. The level at which we are unconsciously competent – the point at which we are able to withstand pressure. The truth of this relates to how we use our working memories and what happens to this memory under pressure. Working memory is essential for tasks that involve comprehension, learning and reasoning. When we learn a new skill working memory is very heavily involved but with practice, knowledge of the skill is embedded in other parts of the brain where we no longer rely on conscious recall in order to perform the skill. Think how much concentration you used when learning to drive compared to the effortless ability you have now. Unfortunately the working memory has a pretty limited storage capacity that can be quickly overwhelmed. This happens frequently under pressure because the number of intruding thoughts goes up. Once full, thoughts and actions get misplaced and dropped, its like trying to pour water into a glass that is already full. The most visible examples are athletes who choke at a critical point. In their case they are often trying to consciously perform an action or skill which unconsciously they are more than capable of but which consciously is impossible – too much information for the working memory to cope with.

Practice and SOPs help keep working memory free because lots of things we would be thinking about are being dealt with automatically or unconsciously born of practice and made habit. Since leadership is defined by the ability to make decisions and effect results this capacity to think clearly in chaos is as relevant to the senior executive as it is to the battlefield commander.

Turbulence and complexity are characteristic in most business environments, the speed at which they are being generated seems only to increase continually threatening to overwhelm the ill-prepared. Organize time, standardize activity to be efficient and practice the skills that matter. You wont eliminate either the turbulence or the complexity but you will have a sure grip on your enterprise and the ability to navigate the rapids. With the right mindset, organization, standardization and practice, complexity stops looking so threatening and starts looking like the opportunity from where competitive advantage can be made.