The Two Leadership Virtues I’d Choose Above All Others 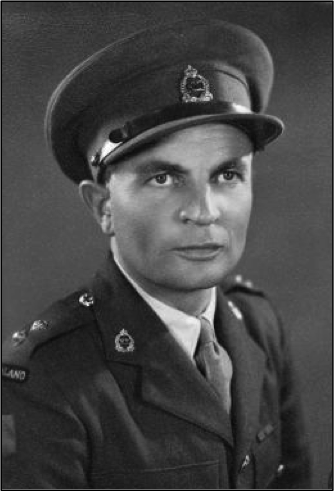 Captain Charles Upham was a New Zealander and one of only three men who have been awarded the Victoria Cross and Bar and the only recipient who served as a combat solider and not a medic. The first award was made for a series of actions in the battle for Crete, and the second for actions during the Battle of Alamein. The citations for the awards, dry and understated as they are, give some flavour of the incredible heroism and selfless disregard to danger that Upham displayed – http://nzetc.victoria.ac.nz/tm/scholarly/tei-WH2-20Ba-b4.html

When informed of the first VC Upham’s immediate words were ‘Its meant for the men’. He received notification of the second award by telegram after his return to New Zealand at the end of the war. He was sat at the hairdressers at the time, read the telegram crumpled it into his pocket and continued the conversation with his barber. The community in New Zealand raised a sum of £10,000 in order to buy him a farm, but Upham declined the money and asked instead that it be used to set up a scholarship fund for children of ex-servicemen to study at Lincoln University or the college of Canterbury.

Traits and characteristics have always been a part of the analysis of what makes leaders effective. This was once a deductive search to isolate the magic ingredients. In large part so that selection processes for leaders might be empirically calibrated with a hope that we could start to manufacture leaders in the same way we manufactured aeroplanes or washing machines.   Experience and research has proved leadership to be a more elusive quality and clearly there is no single style, personality type or set of characteristics that defines good leadership.   All this granted if I could choose, select or develop only two characteristics in leaders, they would be courage and humility, both of which Charles Upham displayed to an extraordinary degree.

Courage is born of fear. Only in a situation in which you are fearful can it find expression. Fear has both physical and psychological symptoms but at root the environment poses a threat. How we choose to overcome or cope with fear defines courage. Sometimes this is physical, more often the threat is moral. It is an assault on justice or the values and beliefs that we hold dear. Morale courage is often rarer than physical courage – it demands that we stand up for what we believe or a standard that matters. It is often a lonely place and a place of weakness and great vulnerability. Rosa Parks, an American civil rights activist refused to give up her seat on a segregated bus in Montgomery Alabama, because of what she believed – an action that cost her job and for which she received death threats for years afterwards. Greta Thunberg, aged 15, walked out of school in 2018 to protest against political failures to address climate change. She protested by herself outside the Swedish parliament until eventually she has inspired millions of others to make similar protests around the world. These individuals acted alone in defiance of laws, conventions and social norms. Until others stood with them in their isolation they faced humiliation, embarrassment and the opprobrium and scorn of powerful establishments.   Every time we tell the truth to a boss is an act of moral courage, every time as parents we hold our children accountable to a standard is an act of moral courage. Every time leaders’ hold the line and demand a standard is met is an act of moral courage, so easy and tempting to take a path of less resistance.

The Spartans believed that the opposite of fear was not courage but love. Love in the sense that to be brave demanded selflessness – to put others first even at the risk of your own life. Time and again what is clear in accounts of Charles Upham’s combat leadership was that his individual actions and initiatives are borne out of the desire to save others. At root his actions are about protecting his men. Moral courage equally is about defending what is right not for our own sake but for the sake of others.

Humility does not mean that you think little of yourself or your abilities. It does mean you think about yourself less often and in so doing you create the space in which to think of others more. In the infantry at the lowest level, soldiers work in pairs with a buddy. In the field they do everything together but this relationship works because it is inherently selfless, you look after your buddy and make sure they are all right and they will do the same for you. Good relationships are the same, my marriage works best when I work as a teammate. A genuine concern for the needs and aspirations of others is critical to leaders because of the role it plays in developing trust and relationships. You really only become a leader when others choose to follow you. In many organizations that choice can be hidden by a hierarchy. The business says this is the leader, this officer’s rank says he is the leader and of course this status will usually ensure some level of compliance – but don’t kid yourself that this is the same thing as being the leader. Would they elect you given the choice? When they comply in deference to the norms of a bigger organization do you imagine you are getting the full potential of what these team members are capable of?

Aristotle described virtue as the desirable mid point between two extremes; he described it as the golden mean. Courage is the virtue between cowardice and recklessness. Humility lies between arrogance and a lack of self-esteem or efficacy.

Both courage and humility should be thought of as foundational virtues. They are the things that guarantee all the others. Integrity and judgment rely on them without them other characteristics like the ability to communicate; loyalty and humour are devalued or diminished. Courage and humility are not aspects of personality but rather of character, which should be thought of not only as the sum of your personal qualities but critically the choices you make each day, especially when others are not watching. Character is built because of this aspect of choice.

The question is not do I have these qualities, am I one of the lucky recipients, did my fairy godmother bless me with these gifts? No, the question is how do I seek to develop these characteristics so that they guide my actions and leadership. What choices do I need to make to build these virtues into my character? Since leadership is in essence the practical application of character.