What You Should Remember on Armistice Day 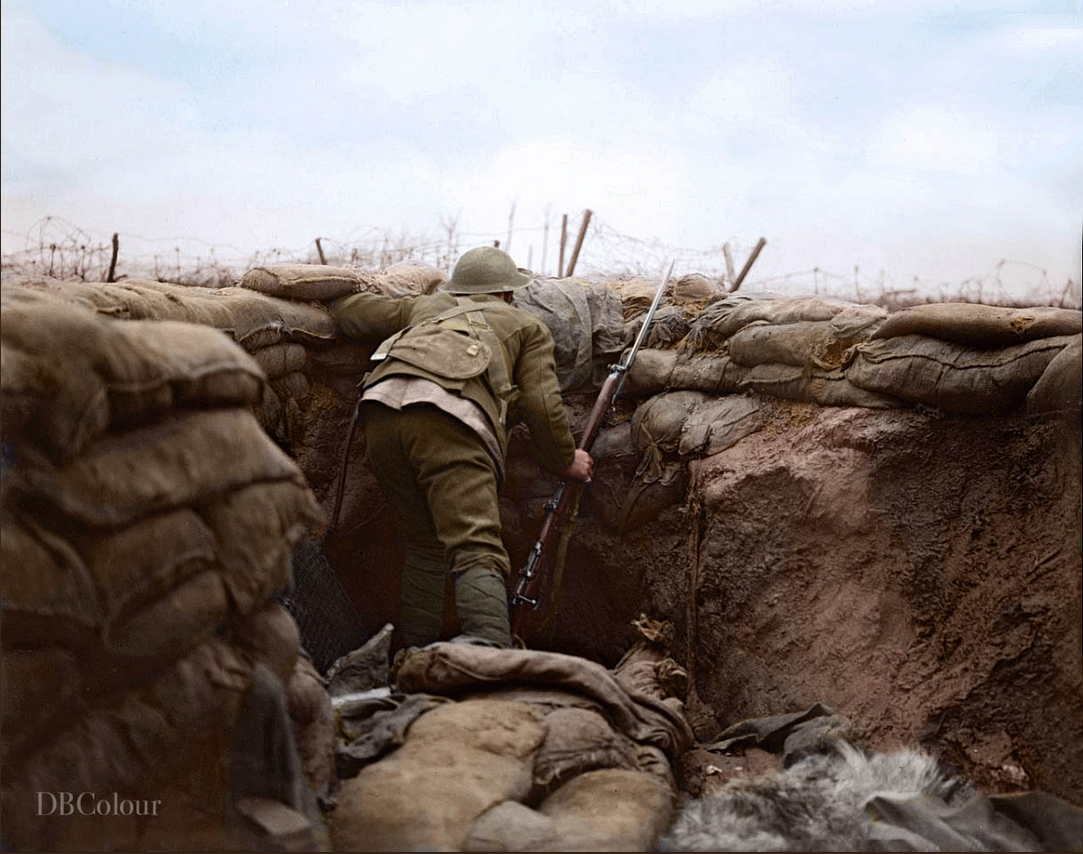 A Lancashire Fusilier sentry in a front line trench and British wire in “No man’s land”. Opposite Messines, near Ploegsteert Wood, January 1917.

John McCrae was a Lieutenant Colonel in the Canadian Army. He had previously fought as a volunteer in the Boer War and at the outbreak of the First World War, aged 41 he volunteered again and served as a gunner and a medical officer. In 1915 McCrae took part in the Second Battle of Ypres – during the battle his friend Lieutenant Alexis Helmer was killed by a canon shell as he went to check on an artillery position. He was 22 years old. McCrae performed the burial service himself and the next day wrote the poem ‘In Flanders Fields’, which became popular after its publication and eventually inspired the poppy flower as a symbol of remembrance.

I was first introduced to this poem as a schoolboy growing up in Kenya, aged around 12 and learning about the Great War Poets. I was already determined that I was going to be a solider, so the subject was naturally interesting to me.

In Flanders fields the poppies grow

Between the crosses, row on row,

That mark our place; and in the sky

Scarce heard amid the guns below.

We are the Dead. Short days ago

Loved and were loved, and now we lie,

Take up our quarrel with the foe:

To you from failing hands we throw

The torch; be yours to hold it high.

If ye break faith with us who die

We shall not sleep, though poppies grow

Re-reading the poem now, as we mark 100-years since the Armistice ended the First World War, and as we reflect and remember all those killed and affected by war since, it is the final verse that strikes me most. Not for the primary sentiment it expresses of a job part done and a contract between the living and the dead to see the war through but for a deeper an enduring contract that must remain between the living and the dead.

The valour of all service men and women is that in choosing to serve their country they have each freely written a blank cheque to the Government and to the Nation upon which they have promised to pay the bearer on demand the total of their lives.   Beyond individual conscience, it is not for them to judge the politics or the strategy of our country’s interests or actions but simply to stand ready to act as the Nation orders. Duty and sacrifice are one side of this contract. The other side seems to me the responsibility laid on each and all of us, to live each day that we are granted the privilege and gift of life in a way that keeps faith with those who paid the sacrifice of their lives. To remember them is not enough. We must strive to live in a manner in which we take active responsibility over everything we may positively impact. Our responsibility, our duty is to be a good neighbour to be a good citizen.

I was out running in the hills recently and bumped into a comrade of mine, an outstanding soldier, now retired, he’d been out walking his dog and I bumped into him with his hands full of the litter he’d picked up. Bumping into him was a reminder of exactly the sort of leader he’d been in the Army and continues to be. Always setting the example, always doing the little things, always taking responsibility. This remembrance day let us not just remember the dead, let us also remember our responsibility to them and strive to lead lives in everyday small ways that make us worthy of their sacrifice and worthy of the immense and precious gift of life.