When to Press & When to Rest? 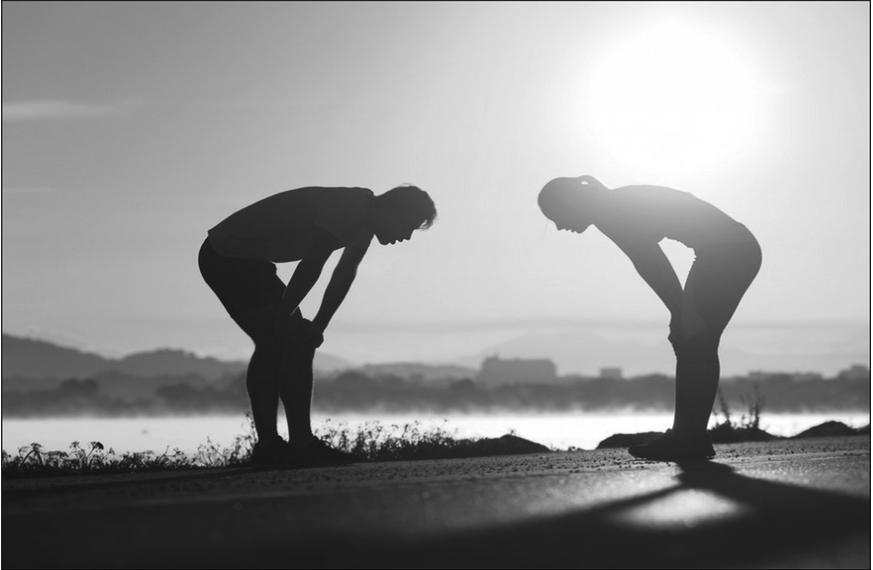 I’ve been thinking a lot about growth and repair recently. Partly as I recently fell out of a tree and broke my wrist and am now at the start of the rehab and partly as I am talking to a number of teams and organisations whose primary feeling is exhaustion.

Lots of businesses are planning how they come out from the major restrictions of the pandemic and thinking about what lessons they have learned: What is going to change for good and what might return to what once was? There are opportunities to be seized, lost ground to make up as well as changes, evolutions and repairs to be made. As always, it will be the people who make all of this happen. Good teams with leadership will thrive whilst the remainder will tread water, muddle on and occasionally break.

Even as we plan this phase change and look to redouble competitive energy and a drive for success, counter-intuitively the most successful are likely to be thinking at least as much about the quality of their rest and recovery as they are about revving up.

The best teams and the most successful performers know you can’t maintain peak performance for long periods, you have to be able to peak when it matters and doing that means there must be a natural cycle of varying intensity and recovery. Businesses and organizations generally are not like this and try to run flat out at 7,000rpm all the time. There are no gears. Leaders too often are the culprits for this culture. They are often the most immune to fatigue and frequently have a misplaced view of the team’s morale, energy and enthusiasm. The military talks about ‘leaders-legs’ – the extra physical energy that being in charge and responsible seems to imbue. Good leaders certainly have a catalytic effect, they are able to summon up more energy and effort than the individual in the team thinks he or she is capable of. But good leaders also know when to back off and when to be strategic about scheduling recovery time so we don’t break and we don’t plateau.

The nature of this pandemic has been almost perfectly designed to induce stress. It has gone on for a very long time – not like most crisis events. The levels of uncertainty about what will happen and when have been continuously high. Combined with a lack of personal agency many of us are left in a rather chronic state of fatigue, further exacerbated by the impacts of social distancing and lockdowns on social networks, which are the single greatest factor in most people’s capacity for resilience.

How quickly we recover from this as individuals and teams depends on a host of factors amongst the most important of these will be leadership and the capacity to recognize when to push and when to back off. Energy, enthusiasm and morale need time to repair and recover, it can be frustrating as it looks like not much is happening; but in the same way that slowly and invisibly to me, the broken bones in my wrist are knitting back together, so too the inner fabric of what lets us perform at our best recovers when left well alone for long enough. Many things work better for being occasionally turned off and back on again – including human beings.