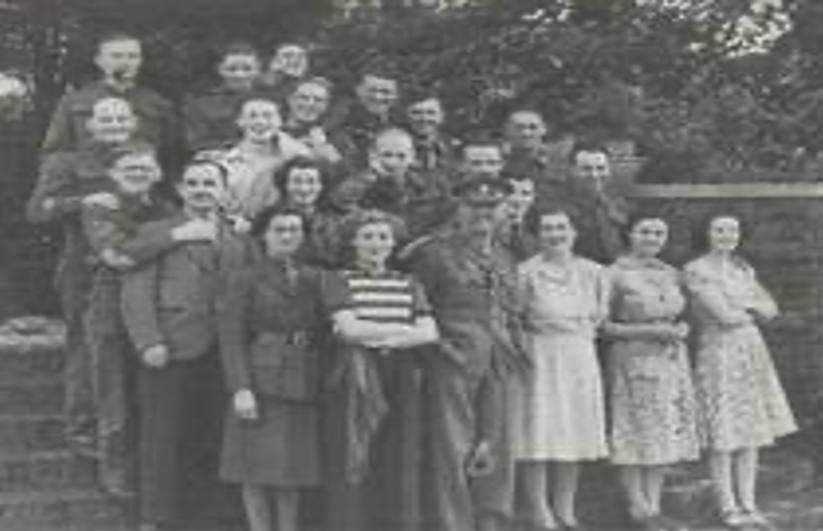 A crisis can generate a focus on what really matters. We set aside petty and irrelevant concerns, discard turf wars, prejudice and office politics in the overwhelming concern to save the ship from sinking.

Almost exactly 81-years ago, in July 1940, Britain had already had to evacuate her army from the beaches of Dunkirk and was staring at the likely prospect of Nazi invasion.  In the midst of all this a small, clandestine organization was created, The Special Operations Executive, SOE. Designed to foster resistance to Nazi occupation and to carry out acts of sabotage its instructions from Churchill were to go and set Europe ablaze.

There are plenty of good reasons to study SOE as a still relevant template for the future, not the least of which is the expanding security risks posed by State actors operating in the grey space – adversarial conflict likely to stop short of open hostilities but employing propaganda, cyber-attacks and proxies. It is likely too, a highly instructive place to begin an overdue debate on what constitutes special forces in the debate on national security and evolving threats.

More generally, the organization is fascinating for its approach to recruiting and selecting talent. It was always a hybrid, never part of the military or the security services, it remained independent of both and reported to its own Minister in the Government. What it mostly sought in its potential recruits was knowledge of the language and geography of the countries in which operations must take place and a willingness to take the fight to the enemy, combined with extreme psychological self-reliance and the ability to remain hyper-vigilant for weeks and months at a time. This collection of all the talents led to an extraordinary diversity in SOE’s ranks. Around a third of agents were female and unlike their comrades in the wider armed services female agents were deployed into occupied countries in the full knowledge that the risk of capture, torture and execution were pressingly real. Forty-one female agents were deployed into France, twelve of whom were captured and executed.

SOE eventually recruited and deployed thousands of agents. The youngest barely out of school, serving alongside men and women in their fifties and sixties. Class, education, politics, gender,

Sexual orientation, even nationality were no barriers if you had the right aptitude. Virginia Hall was a US citizen with a wooden leg, the result of a hunting accident. She had been turned down by the US State Department for a role in the diplomatic service because of a rule against hiring anyone with disabilities. SOE ignored all these alleged impediments and recruited her. She went on to become one their most long-serving and successful agents.

In turn, the recruitment of these extraordinary people was only possible because of the open-minded and unprejudiced minds of key individuals in the hierarchy like Charles Hambro, Colin Gubbins and Maurice Buckmaster, the latter officer in charge of operations in France. All were quite convinced that women would be essential to the organization that in many respects they were likely to be more suitable than typical fighting-age males and that they should be deployed as active agents into the field and not merely used in support roles.  Buckmaster and his assistant Vera Atkins, herself a Romanian from a Jewish family, personally overrode concerns over the suitability of Noor Inayat Khan – an hereditary Indian Princess, born in the Kremlin who happened to speak impeccable French. She was sent to France as the first female wireless operator, where she was ultimately betrayed to the Gestapo and executed in Dachau concentration camp.

Yet in the 80-years since SOE was founded we seemed to have absorbed few of its lessons on the value of diversity and have made surprisingly small progress in improving inclusion, representation and diversity into organizations, businesses and teams. SOE never sought or valued diversity because of any political point of view but purely on the basis of operational effectiveness. Today, research continues to stack up that makes a compelling business case for increasing diversity. Research by the consultancy firm McKinsey showed in 2019 that ‘companies in the top quartile for gender diversity on executive teams were 25 percent more likely to have above-average profitability than companies in the fourth quartile’. The case for ethnic and cultural diversity is equally compelling: ‘top-quartile companies outperformed those in the fourth quartile by 36 percent in profitability’. These results are part of an ongoing pattern of correlation since McKinsey began detailed research in 2017.

Of course, correlation is no proof of causality so we need to look further at the likely causes of why this consistent correlation appears. It’s not simply because you are a woman, or from a different ethnic background, mere presence is insufficient to drive performance. Yet beyond this something very consequential is happening. To me, the inclusion of everyone indicates a culture of trust and high-quality relationships where individuals feel valued to contribute their best work. In turn, this allows teams and organizations to access different points of view which likely directly impacts the quality of decision making and the ability to innovate and adapt. MIT research by Professor Sandy Pentland has highlighted how this diversity of ideas in an environment of effective communication is critical to collective intelligence and high performance. In this process of exploration, social learning, ie copying what others do well, diversity of thought and the role of contrarians willing to challenge the status quo are all essential. These factors all increase as a natural consequence of diverse team membership.

Despite the evidence, progress has been incredibly slow. McKinsey’s research across a global data set saw gender diversity improve by just one percentage point between 2017 and 2019 to a measly 15 percent. In this same data set more than a third of the companies still have no women at all in their executive teams! Undoubtedly there will be many things that could change and accelerate this. Perhaps the most impactful of these will be individual leaders who take responsibility to do more. As the Thirteenth century Persian poet, Rumi wrote:

‘Yesterday I was clever so I wanted to change the world. Today I am wise so I am changing myself’.