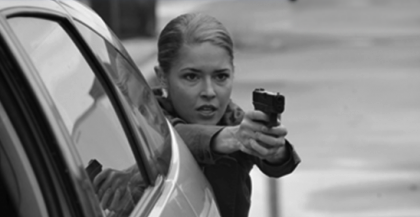 No. 1 Repeat, until you achieve and maintain the standard. In the game of golf ‘taking a mulligan’ is a chance to repeat a shot.  History records, perhaps apocryphally, that the phrase derives its origins from a player named David Mulligan, a Canadian player who was the manager at the Waldorf Astoria hotel in New York in the 1920’s.  He arrived late to a game with friends, hit a terrible tee shot but promptly re-took the shot, cheekily explaining he was making a correction.  His friends named the practice after him and the name stuck.

Few businesses have the equivalent of taking a mulligan but there isn’t a compelling reason why not.  In your team anyone should be able to call a ‘re-show’ on an aspect of performance.  It takes something that was not good enough and turns into an opportunity to do better, to practice without blame or embarrassment so the individual and the team get better.

No. 2 Deliberate Practice. Repetition is certainly part of the process of improvement but it is equally important to be deliberate about how you practice and to be clear about what you practice. Deliberate practice is focused on the activities and behavior that make a difference to performance. Edwin Moses was the finest 400m hurdler the world has ever seen. He never lost a race in 10 years of racing between 1977 and 1987, Moses won 107 consecutive finals (122 consecutive races) including 2 Olympic titles and bettered his own world record in the event four times. One of the secrets to his success was his deep analysis of the sport. He wrote an algorithm that showed he could take 13 strides to each hurdle whilst everyone else took 14. This analysis allowed him to focus his practice on one element of the process that would make a critical difference – his stride pattern. When Roger Bannister broke the 4-minute mile at Iffley road on the 6th of May 1954 it marked the culmination of months of training. What Bannister did differently was focus intensely on speed and interval training under the guidance of his coach Franz Stampfel, when the orthodoxy at the time focused most training on high volume, low intensity runs – long and slow.   Bannister had to focus like this because he did not have time to train in the traditional manner, he was too busy training to become a Doctor. By analysing and understanding the problem his training was deliberate and highly effective. Every business faces similar constraints on time but by getting smarter there is always effective training that can be incorporated into the working day.

To be deliberate about your practice you have to know what it is that makes a difference. Any skill can be broken apart into a number of constituent elements; performance is what you have when all the elements are put together. If you understand the process and think about what it is that exceptional or elite performers do differently, you can work on the critical path – the 20% element that makes up the 80% of performance. You could call this hacking the system but basically it means an ability to analyse and really understand what is going on. This applies just as much to developing leadership skills and team behaviours as it does to business skills like selling, negotiating or public speaking.

Here’s another example to illustrate the process. In pistol shooting one reason for inaccuracy is the recoil of the weapon. This tends to throw the barrel up and in a short barrel weapon that makes a big difference to accuracy. Exacerbating this shooters tend to anticipate the recoil and initiate the upward movement themselves! Deliberate practice in this instance involves lots of dry dills where the pistol is aimed and fired but without ammunition, this is then developed with a partner loading the pistol, sometimes its loaded and a round is discharged, sometimes it’s not and the weapon simply goes click. Over time the anticipation of recoil is removed with the result that the gun is held more consistently and accurately in the aim. As the football coach Bobby Robson said ‘practice makes permanent’ the same thought as this little equation a client recently shared from her daughters school: Practice + Patience = Magic