3 Reasons to Put Humility at the Heart of your Leadership 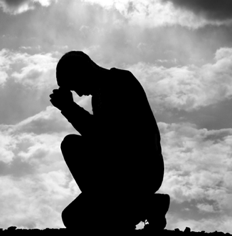 It may not at first be obvious why humility should be taken as a prerequisite quality for effective leadership. It is a challenging concept for many of us bought up in a society that esteems and champions the role of the individual almost above all else. The word can have a tendency to be associated with weakness or a lack of assertiveness but really as C.S Lewis quipped, ‘humility is not thinking less of yourself, it’s thinking of yourself less’.

Be that as it may it is no coincidence that humility as a characteristic is at the heart of leadership training in the British Army, where the motto of the Royal Military Academy is ‘Serve to Lead’. No coincidence either that David Stirling the founder of the SAS included humility as part of the Regimental ethos. St Augustine writing a few centuries after the death of Christ wrote, ‘humility is the foundation of all the other virtues.’ Why then should this notion of servant leadership and humility be so important to leadership? Here are three reasons:

Others first. Leadership is fundamentally about achieving a task with a team. By definition then the role of the individual is subordinate to both the team and the task. We often forget this as the narrative of many events and sports fixtures focuses on the role of the individuals – it makes for a more compelling story – but we forget that for every goal scored there was a team that set up the individual for success. British Army officers in the field always go to the back of the ration queue to eat after their men and in infantry units still get down on their hands and knees to conduct foot inspections, because the unit wont function if it cant move and moving depends on healthy feet. Legendary American College football coach, Paul “Bear” Bryant encapsulated this leadership ethos when he said, ’If anything goes bad, I did it. If anything goes semi-good, we did it. If anything goes really good, then you did it. That’s all it takes to get people to win football games for you’. The humble leader promotes the role of others and acknowledges what they do – because it builds a stronger team.

Learning lessons. The SAS is all about the unrelenting pursuit of excellence. You can’t pursue excellence unless you are open minded to change, adaptation and learning. Principles at the heat of the Japanese management focus on tiny incremental changes, which accrue to enhance overall performance (Kaizen) – the same principle is at the heart of UK cycling under head coach David Brailsford. But learning first implies the acceptance that you have something to learn and hence why it is humility that is the precondition to learning and the wellspring of curiosity.

Building Trust. Trust is the foundation of all great teams and the bedrock upon which effective team behaviours and habits can be built. Partly trust is given on credit and partly it accrues with track record but it also needs a degree of personal vulnerability – most especially from leaders. This in turn requires the humility to be somewhat open to the team, to accept responsibility for mistakes and to prevent personal pride or ambition getting in the way.

Humility for the leader is the self-confidence to take true measure of oneself and know, as St Augustine said, ‘The sufficiency of my merit is to know that my merit is not sufficient.’ That surely is why the needs of the team come first and why the leaders true role is to serve.