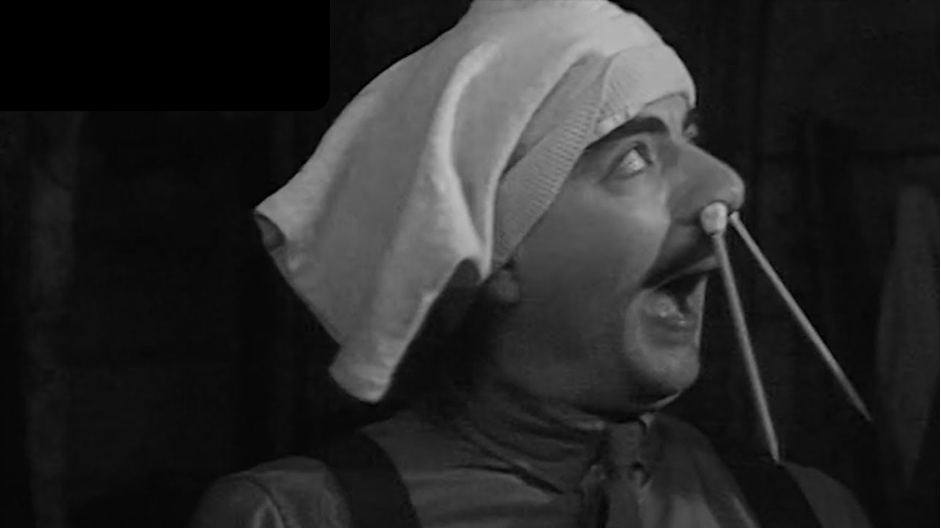 “This is a crisis. A large crisis. In fact, if you’ve got a moment, it’s a twelve-storey crisis with a magnificent entrance hall, carpeting throughout, 24-hour portage, and an enormous sign on the roof, saying ‘This Is a Large Crisis’. A large crisis requires a large plan. Get me two pencils and a pair of underpants”. Capt E Blackadder

In Middle-English a crisis defined the turning point of a disease. The point at which the patient either got better and recovered or died.  It’s a point of inflection, where events hang in the balance, poised between recovery or disaster.  Characteristically there is much uncertainty and insufficient understanding to make clear decisions. This will frequently be coupled with a sense that time is accelerating and that a failure to act quickly will lead to the situation getting worse. In combination, these factors are often paralyzing – leaders don’t know what to do or what to say and so they do nothing and say nothing, mentally constipated. When you take a crisis and subtract leadership you get chaos.

Lead don’t manage. Crisis management is usually a misnomer. If the situation has evolved to a point where you can apply a contingency plan or a process then it’s probably no longer a crisis. In a crisis, leadership is essential, but what does that actually mean, what should a leader actually do?

Communicate. When people look at leaders, they want them to answer a question. What are we going to do? In a crisis that poses a problem because you probably don’t yet know enough to make a decision. Poor leadership at this point involves saying nothing or very little, while you try to make sense of the world. Silence of course communicates eloquently – and it is not very reassuring because it is interpreted to mean any number of wholly negative things, the least of which is that you don’t know what is going on. What the team wants, what the organization needs is clarity. In a crisis very often, the initial clarity is that there is no clarity – leaders should not be afraid to say this! The first message may very well be that right now we have little clue what is going on, our first priority is to find out more so we can make good decisions and everyone can play their part in that.  Say this and act calmly and with confidence – to generate a sense of reassurance that we can figure this out and get through it.

Make sense. The barrier to decision making and therefore action in a crisis is that we often don’t really know what is going on. There may be a lot of information or far too little but in either instance we are unlikely to have much real understanding. There is quite a high-risk that we will overlook relevant information or leap to a narrative explanation that makes sense but is actually just plain wrong. Correlations may be readily apparent, whether there is a causal relationship will be far harder to discern. Getting the context right and building situational awareness are critical leadership actions and the pre-conditions to action. Noting that the first actions may well be around gathering and interpreting more information. Leaders should often lead their own reconnaissance here, both through their own networks and from getting the ground truth. As Mikhail Gorbachev once observed ‘It is better to see once than to be told a hundred times.’

Make time. Characteristically our relative sense of time in a crisis is likely to be a feeling that it is collapsing on our heads. A need for urgency may be very apparent, yet the time in which to act is disappearing.  A good response from leaders will often involve creating more time. Acting to stabilise a situation or stop it getting worse. If we can buy time, we can form a better more accurate assessment of what is going on and what an effective response is going to look like. For example, New Zealand’s aggressive early covid lockdown imposed by PM Jacinda Ardern, as much as anything was designed to buy time in which a comprehensive response could be developed.  A process of triage can help us to do this.

Triage. Triage is a medical term which involves an assessment of multiple casualties or patients in order to prioritize the allocation of resources. Emergency medicine is about stabilizing the casualty, creating the time in which primary or definitive care can take place. Stop catastrophic bleeding because if we don’t do that the patient won’t live to get to the surgeon’s operating theatre. In a crisis the process is similar, it helps us be clear about what we need to do first in order to stabilize a situation, prevent it from getting worse and to set the conditions in which greater understanding can be generated leading to a definitive response.

Ultimately a good crisis response is about how a team or organization adapts to an acutely threatening situation.  Navigating that process successfully demands bold leadership, a willingness to act decisively in the face of uncertainty. Leaders will not be clairvoyants under such demands but with a smart appreciation of the nature of crisis they can act to evolve a response whilst communicating in a way that gives reassurance and creates buy-in. Metaphorically that might help get us beyond the pencils and underpants school of crisis leadership espoused by Blackadder.