Succeeding as a Team – Ways to Build Collective Resilience 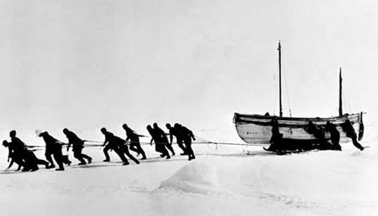 As in elite sport, in business the ability of a team to ‘weather the storm’ and ‘bounce back’ has never been more important. In sport when a team crumbles it’s for all to see, witness the England soccer team at the UEFA Football Championships 2016. The resilience of a sales or a project team may be less apparent, but teams form the crucial building blocks of any organisation.

Resilience in the world of adventure

The world of exploration provides a great example of personal and collective resilience. In extreme circumstances the crew of the Endurance survived against incredible odds under the command of Sir Ernest Shackleton. Disaster struck the Imperial Trans-Antarctic Expedition (1914-17) when the ship became trapped in pack ice and was slowly crushed. The crew escaped by marching and camping on the sea ice until it disintegrated, then using the three lifeboats to reach Elephant island, ultimately reaching the island of South Georgia after a voyage of 720 nautical miles.

Personal resilience has been described by many as comprising a range of things depending on their point of view, from aspects of character (e.g., self-belief and intrinsic motivation); mindset (e.g., self-awareness and emotional intelligence) and pressure coping strategies (the ability to maintain focus and prioritise).

As a rule of thumb, teams are commonly defined as being team’s if they are ‘more than the sum of their parts’. By extension, is collective resilience therefore the sum of the individual resilience of members of the group or team? If only it was that simple! Group dynamics, peer pressure, group think, and many other things mean that the this is not the case. When faced with challenging situations people are prone to irrational and maladapted responses. Panic can become contagious. Conscious or unconscious emotional contagion has been shown to reduce the probability of rational risk-taking, creativity, and openness to new ideas, resulting in the stagnation of idea flow. Instincts for personal survival override a coordinated response.

Achieving collective resilience relies on different things. So how can we help teams be resilient, rationally optimistic, solution-focused, and open to ideas when under intense pressure?

Six things you can do to build greater collective team resilience:

Bringing it all together

High performing teams and their leaders take active steps to ensure they learn and develop as a team rather than leaving it to chance. As a with personal resilience, team resilience is an attribute that can be developed.

What other things should teams and team leaders focus on to make their teams more resilient? Please share your thoughts in the comments section below, as I’m passionate about the topic and want to learn more.

A former member of the British Army Nick Coyle is a Director of Metris Leadership and specialises in leadership and team development having worked for many years in management consultancy. His current and former clients range across many industries and sectors. A believer in practising what you preach, he continues to study and research a number of topics in the fields of teamwork and leadership. 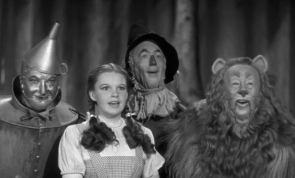 In the Wizard of Oz, the heroine, Dorothy, finds herself on a quest with three companions; a scarecrow in need of a brain, a tin man with no heart and a lion without courage. In our troubled times, as businesses seek to navigate the uncertainty of the immediate future and…