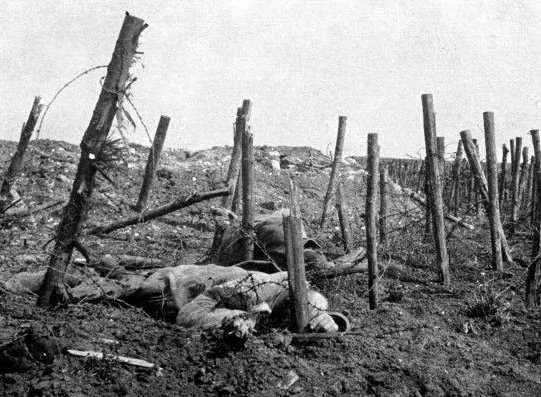 ‘Time present and time past are both perhaps present in time future. And time future contained in time past.’ TS Eliot

Today (1 July 2016) marks the 100th anniversary of the start of the battle of the Somme.  One of the most infamous days in the history of Britain and the single most disastrous day in the history of the British Army judged by the number of casualties; nearly twenty thousand dead on the first day alone.

At 7:30 am in the morning of the 1st July following a 5-day artillery bombardment during which 1.7millon shells were rained down on the German defensive positions the British and French Armies attacked.  The British 4th Army under the command of Sir Henry Rawlinson spearheaded the assault.  It’s objective was to relieve pressure on the French – under serious and sustained assault at Verdun since February and to seriously weaken the German Army by capturing key terrain and killing as many soldiers as possible.

Four months later the offensive was finally called off after a further 360,000 British casualties.  Since then the battle has been seen as emblematic of the costly futility of trench warfare.  The historian AJP Taylor wrote, ‘The Somme set the picture by which future generations saw the First World War: brave helpless soldiers; blundering obstinate generals; nothing achieved.’

In later years other historians have painted a kinder picture of British Generalship in the war, stressing the unique demands of waging industrial campaigns on a vast geographic and logistic scale with barely trained citizen soldiers.  Challenges, which nothing in the careers of these colonial soldiers could have adequately prepared them for.  In this sense the Somme is seen as a costly but vital learning experience, which sets the conditions for later success and ultimate victory.  This has always been too kind a verdict in my opinion and the reasons why remain relevant today when we wonder more broadly if it is possible to learn lessons from history or the experience of others?

What Haig, Rawlinson and the British High Command should have known.

You don’t make frontal assaults against dug in infantry – this lesson was freely available to anyone who looked at the experience of the US civil war. The battles of Frederiksberg, Antietam Vicksburg and numerous others all showed that barbed wire and breech loading rifles gave a power to the defence that no amount of élan or offensive spirit would overcome.  A lesson that should only have been reinforced by their own colonial experience and in particular the lessons dealt out by the Boers in South Africa only a few years before. Too much of this was discounted or ignored.  The British Army took a false and dangerous pride in the affected amateurism of its officer class for whom professional study was considered not only unnecessary but poor form.  A hubris, which did much to mentally constrain and constipate the development of a serious professional officer-corps. Major General Fuller, who later in the war was instrumental in the development of tank warfare, attended a Divisional conference on June 30th and records in his biography that the most time was spent in discussing whether the men should be given porridge or pea soup before they went over the top. Haig and Rawlinson and the vast majority of their peers were at best intellectually inadequate to the challenge in front of them and at worst wilfully ignorant, a deficit they were painfully slow to appreciate and overcome.

Fire and Manoeuvre must be combined not sequenced.  The lesson that was obvious and freely available to anyone who cared to pick it up from the 1860’s onwards was that in order to advance and conduct offensive operations in the face of modern firearms – fire and manoeuvre must be combined.   Movement without fire led swiftly to injury and death, particularly where the ground was open and devoid of cover.  At the battle of the Somme the British largely ignored this lesson, let alone the common sense that a man in a trench with a rifle will prevail against a collection of men walking across open ground toward him. Fire in the form of a preliminary bombardment proceeded movement, which began only once the bombardment was over or had moved onto depth targets and could no longer be useful in suppressing the enemy.

Intelligence informs decision-making.  Information and intelligence were treated selectively in support of pre-judged ideas or decisions.  Information that was contradictory or did not appear to support what commanders wanted to hear was ignored or discounted.  The fact that the bombardment had not done an adequate job of cutting barbwire entanglements was known, the extent of German preparations and the existence of extensive deep underground bunkers was known.  The inability to adequately coordinate artillery bombardment with the infantry assault was known.  None of these factors was allowed to derail the comfortable assumptions on which the plan was based; hard questions went largely unasked and even more consistently unanswered.  Planning proceeded on the basis of what the staff wanted to happen rather than the worst or most likely course of events.  Brainless optimism was the order of the day.

Hope is not a strategy and sacrifice is not a tactic.  At some point in the planning process the plan became an immovable object set on a course from which it would not be derailed.  Worse once the battle began and it failed to make the tactical gains expected the high command continued pig headedly to continue with more of the same.  A battle of attrition at its most asinine, where the objective became killing more than you sacrificed. Feed enough men into the meat grinder and arithmetic says you eventually win.  The German Army was certainly severely mauled by the Somme campaign with losses of around 500,000, bleeding severely but able still to endure two more years of combat.  It is hard to escape the verdict that such an approach reflected a lack of ideas, a clueless inertia to do anything other than persist.

The poet Samuel Coleridge once commented, ‘if men could learn from history, what lessons it might teach us! But passion and party blind our eyes, and the light which experience gives is a lantern on the stern, which shines only on the waves behind us!’   Haig, Rawlinson and the professional officer Corps of the Army in general were guilty of not learning the lessons of history or their own experience.  All wars are different and all contexts are different but those differences are not absolute, there is as much that represents continuity as change.  History may not repeat itself exactly but in a broader and more thematic sense it does.  We can learn lessons, though we should be highly circumspect about how we view the past.  The past cannot tell us what to do but it can help us to understand and to think more effectively about the present.  It can stand as a warning to our own nature and it can help us to ask smarter questions in trying to exercise judgement.  It can form the basis of the principles and the theory that help us to think about complex events that are alien to our personal experience.  In thinking back to the Somme and pausing to commemorate the sacrifice and service of so many we should also pause to think about how we as leaders and organisations learn lessons and how we can use the experience of others to inform our judgements and decisions now.